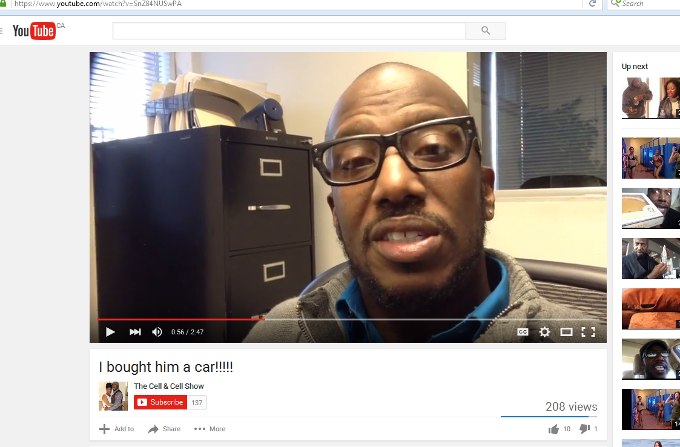 This guy made a video and posted it on Youtube. The night before his wife had given him a car. A Bentley (Yep, a Bentley) 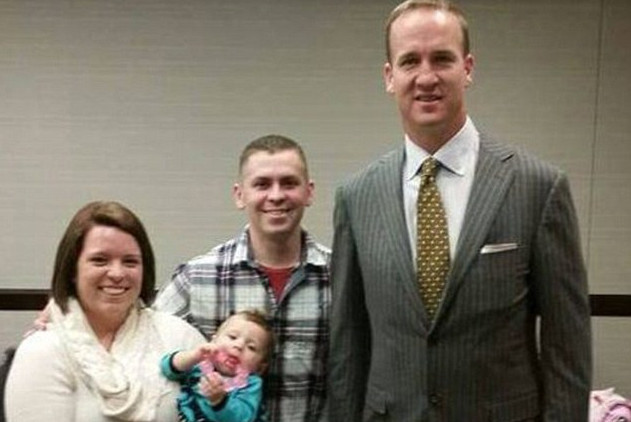 Kristen’s husband was a Sgt. in a combat squad. She wrote to Peyton Manning (quarterback of the Denver Broncos) and explained her husband’s devotion to him and his team. He would get up at ridiculous times overseas to watch his games. she begged Peyton to visit her hubby in person. She forgot to leave contact info. To Peyton Manning’s credit, he researched and found him. He was with his family stationed in Alaska. He flew to Alaska to meet him.

When Your Team Wins 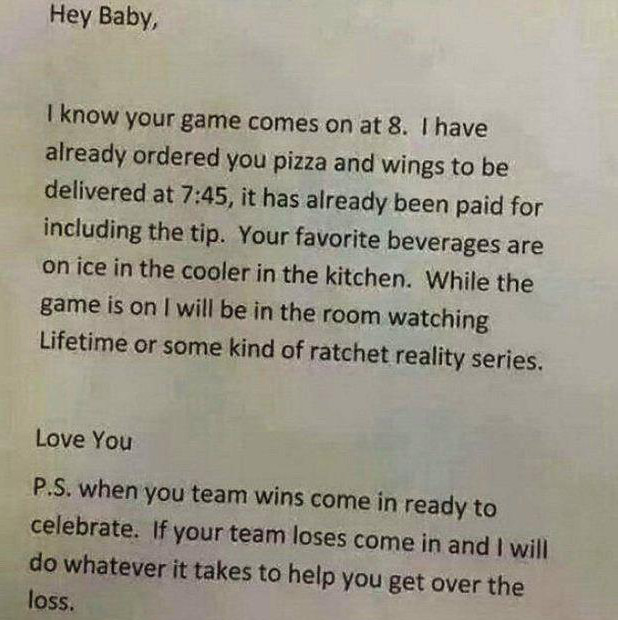 Amazing. Win, lose or draw, he’ll be celebrating something with his lady! Every girlfriend should do something like this once.