2. Mad For You: Alexis Bledel and Vincent Kartheiser 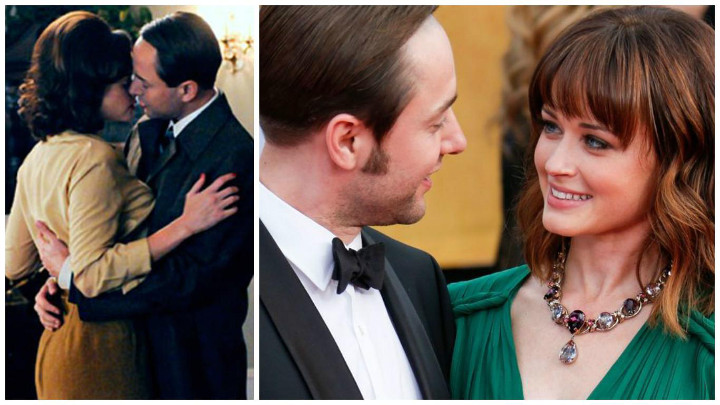 Many viewers became frustrated watching the show Mad Men because Alexis’ character was Vincent’s mistress. It just shows that there are happy endings. The ill-fated couple on the series fell for each other in real life, got engaged, and are now husband and wife. How lovely.
3. Oh, Brangelina: Brad Pitt and Angelina Jolie

One of Hollywood’s power couples, Brad and Angelina met in 2005, during the filming of Mr. and Mrs. Smith. Highly controversial, Brad was married to Jennifer Aniston during that time, leading to the very publicized divorce. Whatever they went through, Brad and Angelina now have six kids – three biological and three adopted – and finally married in a beautiful wedding ceremony in France in 2014. Update: Things have fallen apart in 2016
4. True Blood turned True Love: Anna Paquin and Stephen Moyer 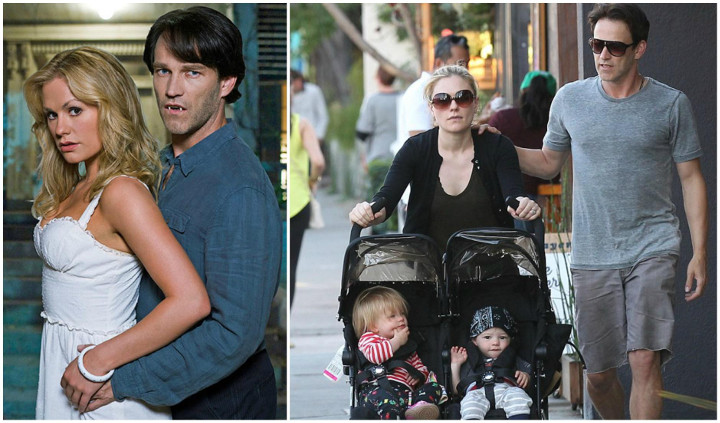 Stars of True Blood, Anna, and Stephen, first met during a screen test for the series. Stephen said that it only took a few days for him to realize that he had to spend the rest of his life with his on-screen love. Things didn’t go well for their characters on the vampire show, but Anna and Stephen tied the knot in 2010.
PrevNext