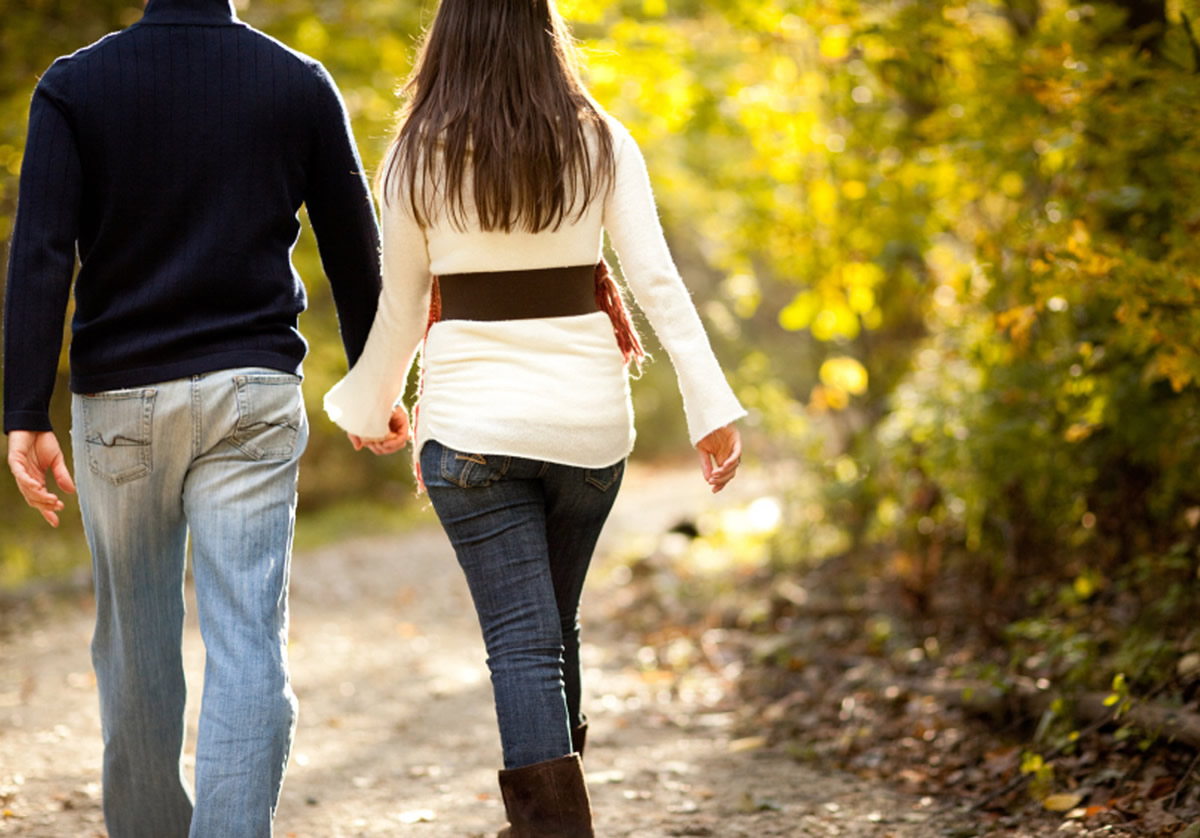 He loves me, he loves me not… Do you sometimes wonder if the guy you’re with is in love with you?  Are you already in love and just waiting for him to say the words?  The truth is, a man won’t say the “L” word until he’s truly ready, but there are some signs and clues to hint if he’s about to say it soon.

1) He tells you intimate things

Men often have a difficult time opening up about serious issues, so if your man is telling you his deep, dark secrets, he might be falling in love.
If he’s showing you his vulnerable side that means he trusts you and wants you in his life.
He’s creating a deeper connection and fully trusting you, which is essential to be in a loving relationship.

2) You’re always on his mind

When a man is falling in love with you, he’ll always want to be around you.
If he can’t be with you 24/7, he’ll always be thinking of you, calling you, and texting you.
Does he send you funny text messages or call you every day to talk?  Does he tell you throughout the day about things that reminds him of you?  Chances are, he’s falling in love, and he can’t stop thinking about you.

3) He wants you to meet his family

Meeting his family is a big deal.  No man will bring a girl home he sees no future with.
He’s ready for you to meet the people most important to him which means you’ll be sticking around.
He’s falling in love with you, and he’s hoping his family will feel the same way.

4) He talks about the future with you

When a man talks about the future, he’s laying his cards out on the table.
He wants to know what you think and how you’ll respond.
If he’s including you in his plans, that means he sees a future with you.  You’re already in his life and he wants it to continue.  If he’s not already in love with you, he will be soon because he wants to build this relationship and further invest in it.

Men are stubborn human beings, but if they love someone, they’ll respect them no matter what.
He’ll treat you like gold and value your opinions.
He’ll take care of you and treat you well – better than anyone else in his life.
If you have some habits he’s not into (like watching girly shows), he’ll do his best to accommodate you and compromise.
You can tell when a man is in love when he’s down to stay in on a Saturday night, watch rom coms, and drink wine with his lady.

If a man is in love with you, sooner or later, he’ll tell you.
Enjoy the blissful feeling of being in love!  You’ll get to hear it more and more.

When a man is in love with you, eventually he’ll say it.  If you’re in love but he hasn’t said the words yet, look for the meaning behind the actions he does.  Does he always put you first?  Do you constantly want to be around each other?  There are clues and hints that a man will do to let you know he’s falling for you.  Deep down, often you’ll know how you feel towards each other.  Sometimes, men just need a little more time to be sure they’re in love.  That way, when he finally says it, you’ll know it’s true and definite how he feels about you.